This week, the Canadian Spinal Research Organization (CSRO) received a $25,000 donation from Wawanesa insurance. This generous donation will support the ‘Paving a Way for a Cure’ campaign and Wawanesa will sponsor one subject in an upcoming study on epidural stimulation.

Our Paving the Way for a Cure campaign was kicked off last fall with an initial $25,000 donation by the Insurance Bureau of Canada (IBC) and the insurance industry has continued its support with Wawanesa’s sponsoring of 1 candidate for an epidural stimulation study.

Each candidate in the study requires $25,000 to be funded and to be part of the study – and that is the focus of our Paving the Way for a Cure campaign, with the funding of our first candidate we have achieved our first success!  Thanks so much to Wawanesa Insurance for being one of the first to help us kick off this important campaign that will ultimately fund 40 candidates for this study.

Research shows that 43% of spinal cord injuries are caused by motor vehicle crashes, and through our ‘Paving the Way for a Cure’ campaign, we are uniting the aid and the interests of the Road Building, Auto Parts Manufacturers, Personal Injury Law, and Auto Insurance industries. The CSRO is aiming to fund a Canadian Epidural Stimulation study through this campaign. The potential outcome of this study could be a cure for paralysis caused by spinal cord injury. The cost to fund 40 candidates for an Epidural Stimulation Study is $1,000,000. With 40 candidates at $25,000 each, the CSRO is hoping to secure $250,000 from each associated industry. 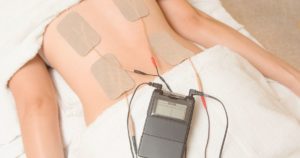 Epidural Stimulation is the application of a continuous electrical current to the lower part of the spinal cord. The stimulation is carried out via a chip implanted over the dura (protective coating) of the spinal cord, or secured transcutaneously (above the skin). Studies that have been conducted in the United States have not only shown improvements of the motor system but also better function of the autonomic nerve system including:

Thanks to Wawanesa for their generous donation, 1 down 39 more to go!

Wawanesa Insurance is a Canadian mutual company owned by its policyholders. It is one of the largest property and casualty insurers in Canada. Wawanesa has a rich history dating back to September 25, 1896, when it was founded in the Village of Wawanesa, Manitoba. Today executive offices are located in Winnipeg, Manitoba, Canada.